Jog was asked by US agency Creature to conceive a video for the promotion of an event to celebrate the newly re-designed Hotmail as an extension of Creature’s advertising campaign for Microsoft.

Using one of the key characters from the campaign, a man knitting, Jog conceived and directed a stop-motion animation that knitted the message onto the screen. Having explored ways to knife the message for real it became clear that the client needed the flexibility to change the message at short notice. The final knitted type effect was created in post production and was easy to amend. Careful attention to detail ensured it remained convincing. 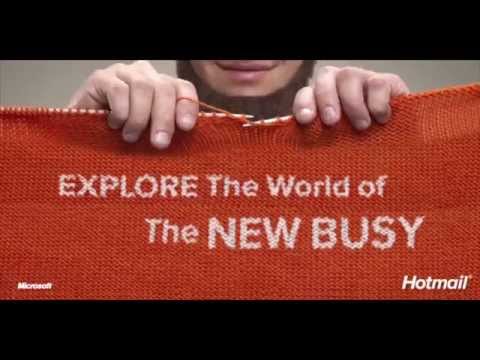