When Corbis sponsored the poster category of the Design Week Awards it wanted to create a simple and appropriate campaign that focused on the winners’ success.

For the advertisement in the awards book Jog wanted to create something that was neither hard sell nor dull, two typical problems with such advertisements. For the answer Jog delved into Corbis’s extensive image collection to find the perfect image of celebration. The typography for the ad was entirely created using standard poster stencils and a special version of the Corbis logo was developed in the same style.

For the awards night itself Jog was asked to create a printed piece to be given to each guest. Jog created a strip of postcards that take a sideways glance at different awards night phenomena, from dress code to disappointment, illustrated with images from the Corbis collection. 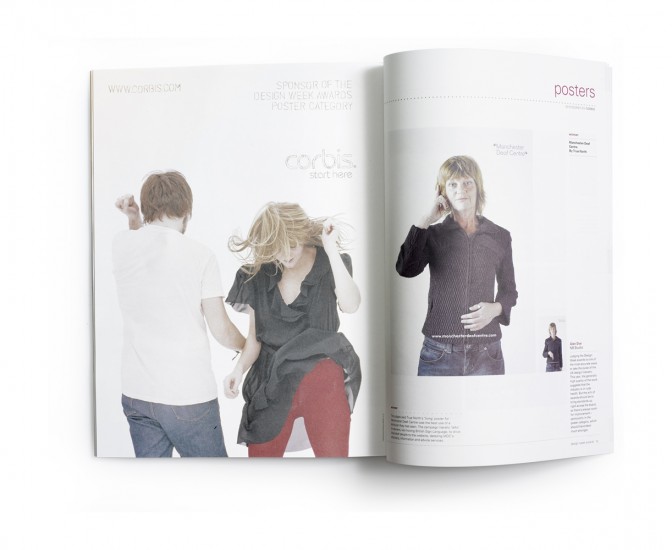 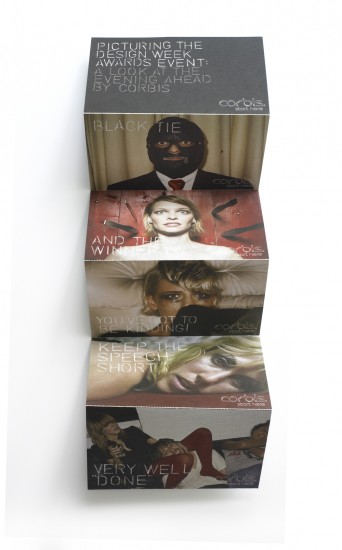